My friend and oft collaborator Debra Baker has launched a YouTube series called ‘The Alphabet Monologues’ which gives 52 actors a platform to perform monologues which will then be shared on social media and sent out to casting directors.

When Debra concocted this idea – she had never directed for screen before and had only written a few monologues (one of which was a winner at Monologue Slam). Here’s my interview with Debra about her ambitious project. 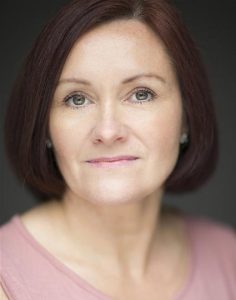 DANIEL: A couple of months ago, in passing, you mentioned an idea that you had about the alphabet monologues. Then a week or two later, you’d committed to this huge project. How did it come about and what made you want to do it?

DEBRA: It was an idea that evolved over quite a few months.  I’d started writing towards the beginning of last year and had written two short plays that were both women’s names as I wanted to write for women, especially older women.  I started to think maybe this was going to be ‘my thing’ – plays all being women’s names.  So I wrote a list A-Z of women’s names.  Then I thought I couldn’t possibly write 26 plays!  But I COULD possibly write 26 monologues!

So I wrote a few monologues.  I then decided to  try one of my own monologues at Monologue Slam, just to test the water.  And I won!  So I carried on writing monologues.  Being an actor I find it easy to get inside the mind and voice of a character, so once I have some inspiration or an idea, I let the character tell the story.  Then I thought it was probably quite sexist to do just women’s names.  So I wrote a list A-Z of mens names.  I realised that 26+26 = 52 and there are 52 weeks in a year, so that was one monologue for each week of the year.

At first I thought about doing the monologues at a theatre, before a show or in the interval, and then gradually that turned into them being filmed and put online. The idea kept ruminating until about October when I felt brave enough to tell friends about it and everyone said it was such a great idea, so I thought ‘I’m going to do it!  ITs going to be my project for 2017’.  And once I make a decision to do something, then I get to action and do it.

On the day of publishing this interview, Debra released the fourth monologue, which I was privileged to film and edit (two more of the 52 will be filmed by me). This is ‘CHERYL’, written and directed by Debra, starring Zoe Gibbons.

What is The Alphabet Monologues?

The Alphabet Monologues is a series of monologues, one female name and one male name for every letter of the alphabet, with a monologue for each.  Monologues are released online every week, in alphabetical order! So each week there is a new monologue with a different actor.

You are writing most of the material yourself, and directing all of the episodes – what has the experience been like so far?

It has been brilliant!  I am loving the whole experience, it really fuels me.  I love writing, casting, scheduling, directing and producing the series, despite it being a lot of work.

I think all of these things play to my strengths, and I am learning so much. At the beginning I didn’t envisage all the different things that I would be doing, like directing and producing, but all of it has happened so naturally and easily, and I’m enjoying every aspect.

The stories come from so many sources – some are true stories told to me by friends, some are things I’ve seen in the news, some are probably things that are important in my life right now.  Now when I talk to people I think ‘that would make a great story’ or ‘I’m really interested in exploring that further’.  I also often do research on different things and sometimes use verbatim in the monologues.  So most of them are a mixture of some truth, something of my own experience, and complete fiction.

And as much as it is a creative project, I’ve also realised that it is mostly a time management project.  There is such a short turn around for the monologues, and I have to get actors, filmmakers and locations sorted out, so if anything happens to change any of that it has a massive impact.  And I’m not just filming one, I’m filming 52!!

How are you choosing actors?

I am very lucky that having worked as an actor for 10 years I know LOTS of actors, and very good actors.  So sometimes I might write something specifically for someone, or I might have an idea about  something and know exactly who I think would be great to perform it.  Most of the time I’ve been lucky to get the actor I want, but sometimes they are not available. Many of my actor friends have approached me to express an interest in being involved and I have also had lots of interest from actors that I don’t know who would like to be part of it.  So I feel very fortunate that there are lots of actors who want to be involved.

I would also say to actors ‘get a showreel’!! It is vitally important. I cannot believe the amount of Spotlight CV’s I’ve seen without one.  I am casting for an unpaid project and even I will not take a chance on actors whose work I don’t know, without a showreel.  Why would I chance casting you when I don’t know if you you can act??  So I imagine casting directors will take the same approach.

What is your budget for this project? It is costing you money?

There is no budget for this project!! Everyone is doing it for free – as a way to be creative, have fun, learn a new monologue, meet and network with new people, get some more experience, and get work online.  So although there is no monetary reward, there is usually a personal reward.  It is costing me a small amount of money, but as the creator and producer I expected that!

What I love about Alphabet Monologues is that it appeals to the indie film spirit that I am passionate about. Rather than sit around with endless ideas or moaning about a ‘lack of budget’, you’ve committed to creating something, week after week, and committed to doing this without even knowing how to work a video camera. What advice would you give to someone interested in launching their own creating project?
1. ‘Go for it’!  The worst that can happen is it fails.  And if it fails, you will still have won because hopefully you have learned something from that. At least you are DOING something – you are the one in control.  There are many people who have great ideas but never act on them, mostly through fear.  Don’t let fear stop you. Step out of your comfort zone.

2. Make sure your project isn’t reliant on any ONE person.  Have a wide network. Sometimes people will let you down (through no fault of their own, situations change) and you still need to be able to get the project done.  I have had actors drop out with a week to go before filming, then I have to find a similar actor who is available on that date and can learn the monologue quickly.  Luckily I have a wide range of people to reach out to.

2.  Get help from and/or collaborate with people who have experience in the areas you don’t.  I have had so much help from people that I have worked with on their creative projects in the past, who are happy now to help me with my project.

Dan, you lent me your equipment and gave me a camera lesson meaning I could film the first 6 when I didn’t have any filmmakers available, and you give me invaluable advice. My friend Jamie Hooper did the titles for the monologues when I actually only asked for some advice about them, and lots of friends have been really helpful in finding and getting me locations to use (which is probably the biggest issue for me). 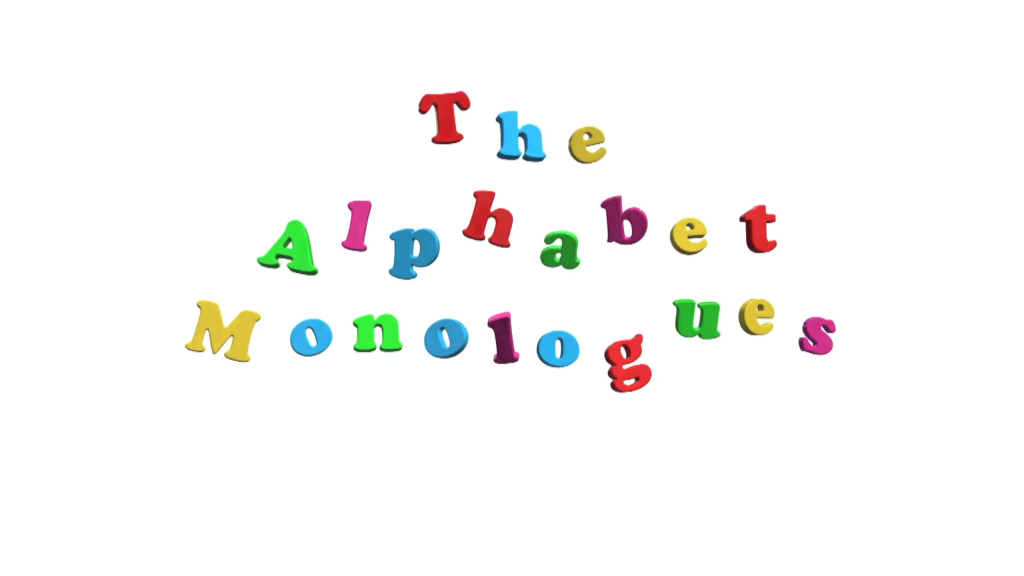 3. Look online.  There are lots of forums and places online to find people or advice for the job you are doing.  I found my editor Levi Aluede, and one of my filmmakers Jack Judd, through a Facebook page for Filmmakers.  So reach out online as there are always people looking for exactly your project. 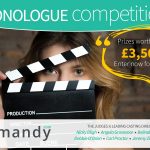