How Can I Improve My Showreels For Actors Service?

I am really proud of the showreels I have created for actors in the past few years. I have been fortunate enough to gain a good track record in helping actors reach the next level.

‘The next level’ is hard to quantify, because it means different things for different people. It could be finding a new agent, or better TV work, or maybe you’re fresh out of drama school and it’s the very first thing that will put you on the map.

Equally difficult to gauge is exactly how much of your success is down to your reel – because there are so many other factors that play a part.

One thing that’s for sure is that, in recent years, the importance of the reel has grown dramatically. Those who don’t have reels are being left behind. But I see no problem with that — why should I or anyone hire you as a screen actor if there’s no evidence you can act on screen? In the age of YouTube and the iPhone, there’s no excuse for not having at least SOMETHING, but for a few hundred pounds you can have a little more than something by working with a filmmaker to create materials especially for you.

And that’s something I’ve excelled at in recent years. But I don’t want to get complacent. I want to know, what else can I do to help actors? What are my reels missing?

I have tried to stay on top of the changes in the industry — the differing opinions on showreel length, on the use of montages (avoid!), on what constitutes a good reel, and in many ways I think my own showreels have helped inform that debate. I’ve been doing this for a long time, and managed to continue to produce personal, unique reels that resonate with the actors and casting directors.

But what’s next? How can I continue to keep the reels relevant? How can I become a truly trusted source in the industry throughout the UK (and beyond) for showreels? What have you seen recently in people’s demo reels that has impressed you? What have you hated? What makes you want to cast someone?

The main thing, of course, is GREAT ACTING. But how best can we present that? I am constantly endeavouring to explore that very question. I want your help. I would love to know who you are and what you do, and to gain your input on showreels — what has worked for you? What would make acting reels (in general) even more useful to producers and casting directors?

My main goal is: Work with the best upcoming acting talent in the country, and help them get the roles of their dreams.

It’s going well so far. But I want to get better at it.

Feel free to email me at
dj@danieljohnsonfilms.co.uk – I’d love to hear from you! 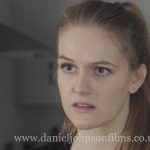 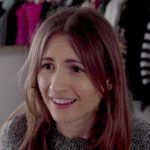 Showreels from Scratch for Actors in London – New Clips