Last week I filmed an interview for my website about showreels and how they help upcoming actors with their screen acting careers. In the interview I share the story of how I got started doing this work and how my work has developed, and I also give a few tips on showreels in general. Hope you like it!

If you’d prefer to read the interview, the full transcript is below.

Interviewer: It sounds like you’ve been writing and creating your own short films for many, many years. How did you get into making showreels from scratch for actors?

Daniel: I got into making showreels from Scratch because I’ve always made short films and made them quite quickly. My creative style is always– even this year, I made a couple of short films that have been in festivals. So, I’m always quick, otherwise I get bored of a project. Showreels came about because I would– in the time it might take another filmmaker six months to a year to perfect their short film — perfectionism isn’t my style. My style is just I’m going to be creative, I’m going to do the best I can and then the next one will be better. I keep creating. 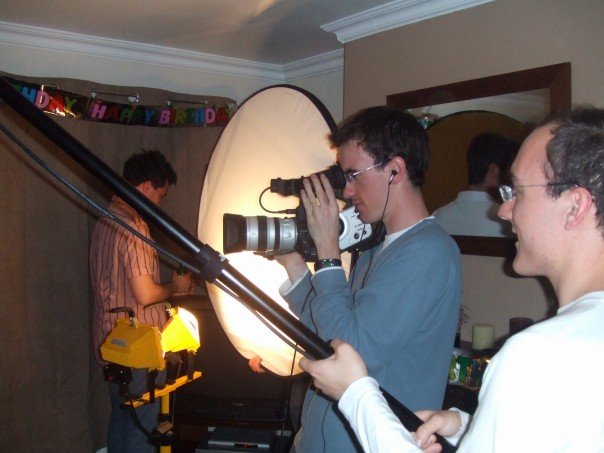 That led to a lot of my actor friends asking me to help them out with making showreel scenes. This was like ten or twelve years ago, just to help them build material. Then, they would recommend me to their friends. I wasn’t even making any money at this point, I was just helping people make scenes and I was like, “This is exhausting. This is hard work. Could you give me 50 quid or something?” Then it just built from there and I kept doing it.

The style in which I make short films I have transferred into showreels – where I will arrange a location quickly, so the actors can get the job done quickly, so that an actor can, a few weeks from now, have showreel material they can put out into the world.

Interviewer: In your experience of doing scenes from scratch, what, in your view, makes a good scene for the purposes of a showreel?

Daniel: Well there are some technical things that sound really obvious, but you want to be to be in a close-up, well-lit and we want to be able to hear you. That sounds completely obvious, but so often, when I’ve done just editing material for actors, some of those basic needs, they’re not always met from the various projects they’ve done. That’s a key thing on a technical level. 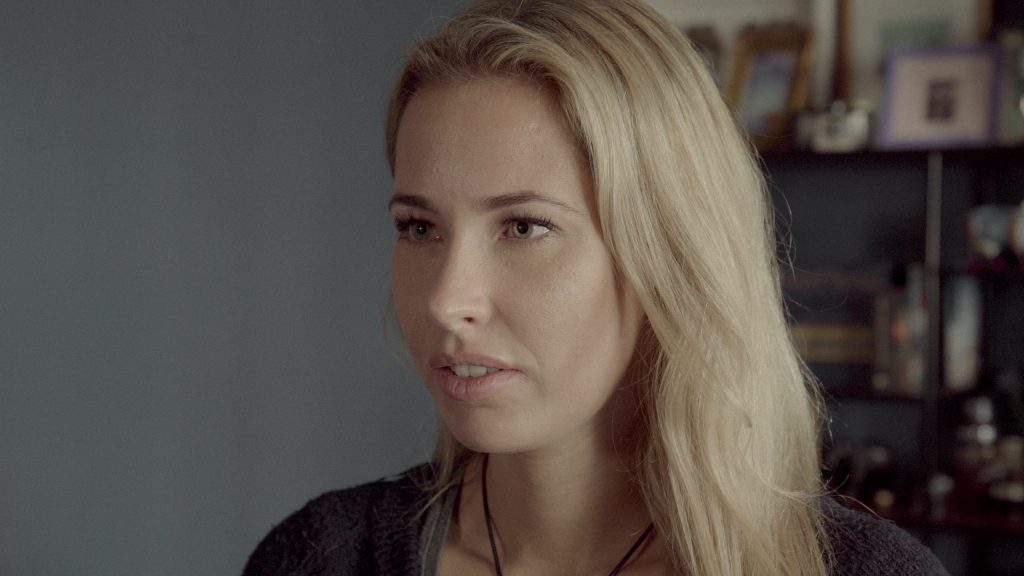 But in terms of the content, I think that a simple conflict between characters is what you need.

“My main thing has always been that I write all the scenes. I don’t share anything that’s written by anyone else or that’s taken from other places.”

Interviewer: Sometimes actors think it might be a good idea to recreate a scene from an existing movie, perhaps a classic movie or a television program or even a play, and include that on a Showreel as opposed to a scene that might be written from scratch. What are your thoughts on that?

Daniel: I think it’s very risky. I think it can cause a lot of problems. I was watching this showreel recently and the first couple of lines, something about it didn’t click for me. I was watching it, but it didn’t feel right, something felt off. Suddenly I was like, “I recognize that dialogue. It’s from ‘The Good Wife’, the TV show T’he Good Wife’.” What this actress had done was recreate a scene from The Good Wife –  where two lawyers were talking.

These lawyers were in their 40s in the TV show, but this was a 21 year old actress trying to recreate this scene. She looked too young for the role. It looked like a very low-budget version of a big TV show. The performance was like an impersonation of what the character was doing on TV and it instantly rubs you the wrong way. It’s awkward to watch.

I think first of all, if there’s any chance that it’s going to be recognised, it’s going to work against you. Even if it’s not recognised– I never do it. I always write unique scenes and I don’t use stuff from TV or film. I don’t. I don’t think it works, but even let’s say you get a scene that you love from a film that came out in the ’70s and no one knows it. The tricky thing, and I always try and think of what it is that’s tricky, it’s that the reason the scene works in the film is because it has all this context; you’ve been watching a film, they’ve built up the character. When you’re watching a movie, you know why that scene’s happening and what it means.

Interviewer: There are a lot of people in the market making showreels for actors including some from scratch, how would you see yourself as differentiated from them?

Daniel: My main thing has always been that I write all the scenes. I don’t share anything that’s written by anyone else or that’s taken from other places. That isn’t arrogance or anything, it’s that I know how to direct my own writing. I know how to help an actor perform what I’ve written. That, for me, has always been my unique thing is that, if you want to use other material that’s great, go to one of those other guys. I’m not trying to compete with a Hollywood movie. I’m not trying to make my material look like you were in a big-budget movie. 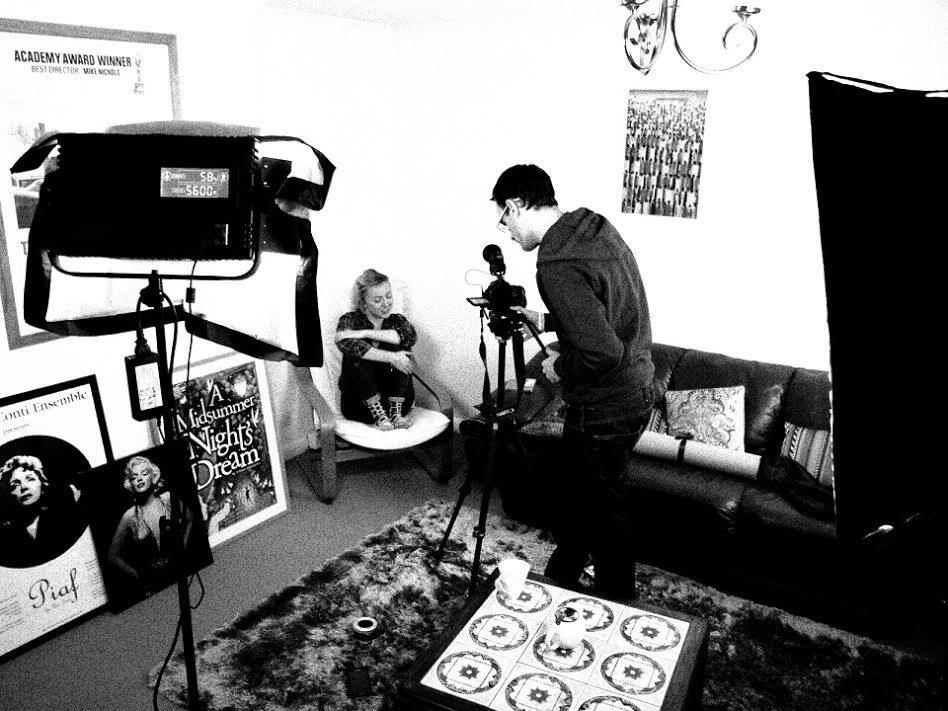 What I’m trying to do is make material that, yes, it could be from an independent film or a short film, or it could be from a soap even, it could be from a TV show, but I’m not trying to make it bigger than it is. I’m trying to show you be as natural as possible. Even my directing style is less about where the camera is, it’s less about the technology. It’s more about how, your character could be angry when they say this, but actually maybe he doesn’t know how he feels yet. This is what my directing is like, maybe we just need to focus on this character differently — or perhaps this character’s feeling this. 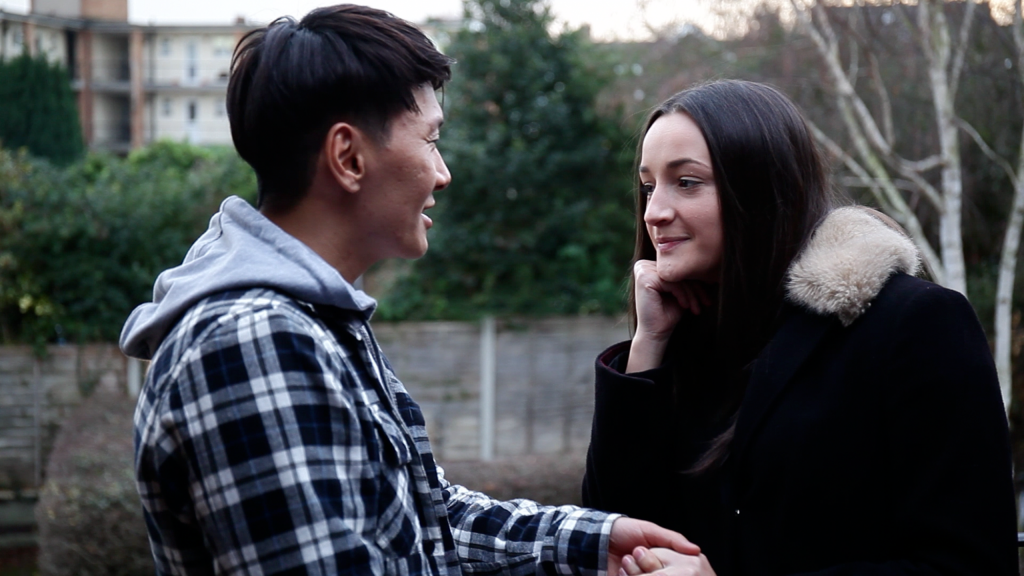 I’m always focused on those tiny little bits of behaviour. That’s what I love in TV and film and it’s what I enjoy in my own work. That is my specific thing, is I’m focused on the behaviour of characters. I really enjoy finding that with the other actor. That’s my unique thing.

Interviewer: Once an actor has a showreel from scratch or otherwise, what is it realistic for he or she to expect it to deliver?

Daniel: First of all, I think it delivers a confidence boost. It’s such a big thing for an actor to be able to put a reel onto their spotlight or their Mandy that they’re proud of, that they’re not embarrassed by their own acting or by the bad sound quality or something. When you have a good reel, that confidence boost immediately makes you feel better about what you’re doing.

Then lastly, it opens the door– people always want that first opportunity to get a TV credit, to get a film credit. That’s not easy and a Showreel isn’t necessarily going to mean that suddenly big directors are knocking on your door, but it makes it more likely you’re going to make those first steps, those couple of lines on casualty, doctors, a line on a Netflix show because it shows that you can do the job.